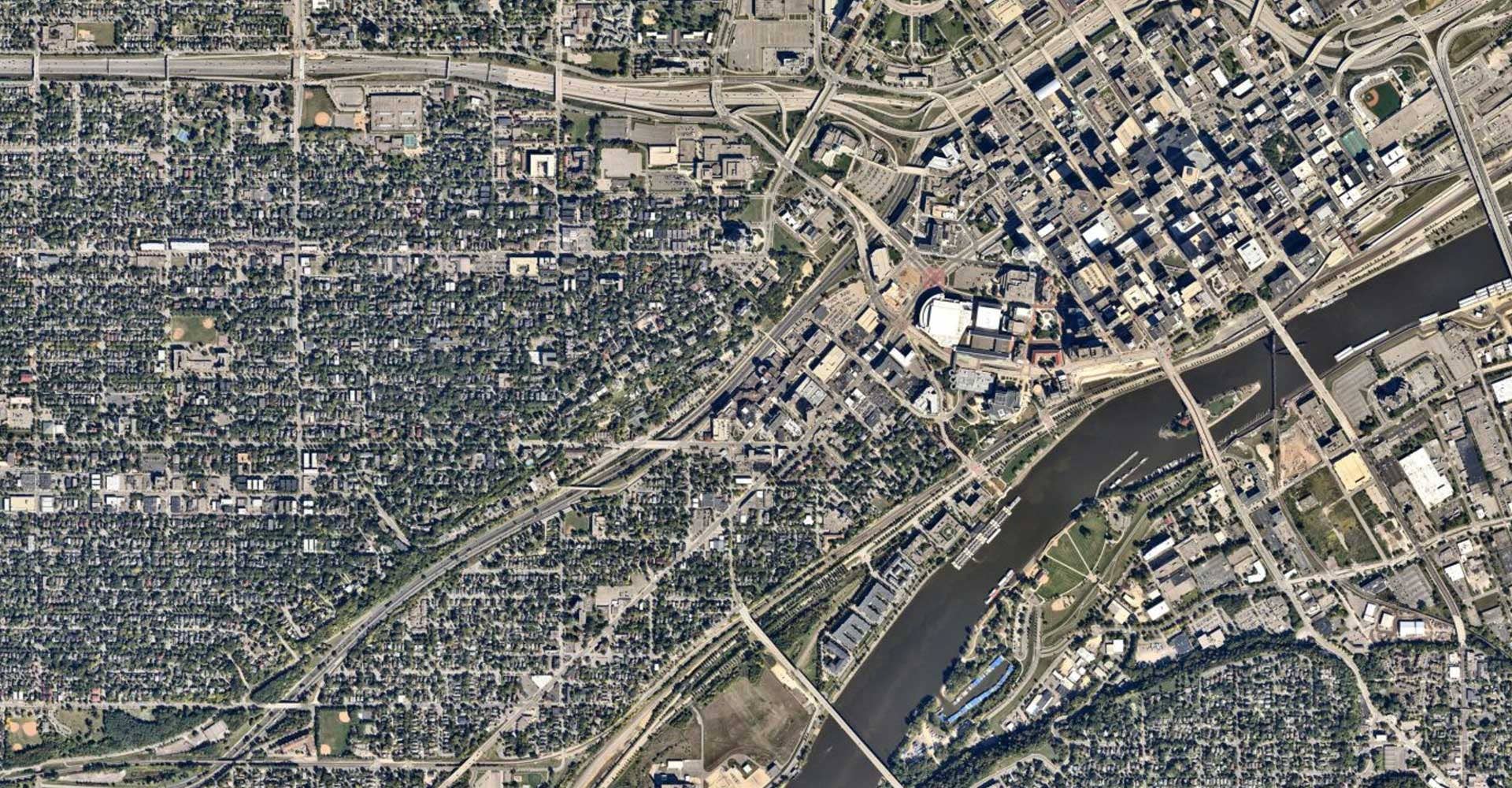 This article originally appeared in Forbes

Ramsey County may be the smallest county by area in Minnesota. But it’s also the second largest in population, with over half a million residents.

One of the most densely populated counties in the U.S., Ramsey County is mostly urbanized, with large swaths of suburbs—and newer areas that are still growing. All that rapid growth has kept the local government busy.

Many people might think of aerial imagery as static top-down photography. But it’s so much more than that—and it holds the power to revolutionize urban planning and development in the U.S.

Traditionally, one might conceptualize aerial imagery as providing photos from a bird’s eye view. But Nearmap, an Australian company founded in 2007, has steadily built aerial imaging technology into more than just that—into something that can transform the way local, city and federal governments operate on a daily basis by providing them with smarter, more efficient ways to manage and develop the places they live. It’s no wonder the global market for aerial imaging is projected to grow from $2 billion in 2020 to an estimated $4.6 billion by 2026.

Through regular surveys that can occur up to four times per year, Nearmap covers 80% of the U.S. population with over 308,000 unique square miles per year. Most importantly, the imagery is detailed—consistently sub-3” ground sampling distance per pixel, offering top-of-the-line clarity and precision compared to free satellite imagery.

Through the utilization of this clear and comprehensive aerial mapping and location intelligence technology, city planners and managers can get a leg up when managing projects. Until recently, city planners have had to refer to outdated resources, such as satellite or historic imagery, necessitating more frequent on-the-ground visits as a source of truth.

Cities can save time and increase tax revenue by limiting on-site travel and instead conducting remote inspections using regularly updated high-resolution imagery. Assessors can also operate at a far more efficient rate and make real-time decisions from a single location. Because Nearmap surveys so regularly, assessors can even turn back time to compare changes in their cities, adding another layer of confirmation to their real-time observations.

As Ramsey County continues to expand, city planners have used aerial imaging technology to plan, manage and complete construction projects. With consistently updated imagery, officials have been able to update maps and enhance staff knowledge of parking lots, building footprints and fixture locations. This technology has helped the Assessor’s Office conduct property valuations and the Emergency Communications team stay up to date on important information such as roadway alignments and new telecommunication tower locations.

Aerial imagery has also aided Ramsey County’s Environmental Services department, as it conducts seasonal comparisons of water features and vegetation cover. By accessing historical data and imagery, officials can, for example, observe the impact of flooding events on watercourses, compare water levels in county lakes and determine the extent and impact of algal blooms.

Aerial mapping can aid cities of all sizes. In the case of Hobart, Indiana, which features a population of roughly 28,000, high-resolution aerial imagery was integrated with the city’s geographic information system (GIS) viewer. This allowed both city employees (and the public) to view imagery of Hobart dating back to 2015.

Integrated artificial intelligence technology also has numerous applications. AI-powered image processing can catalog infrastructure within a searchable database, keeping city planners organized. It can also help with the visualization of designed or in-process projects, providing tools that allow the viewer to overlay initial design on existing imagery to see how the design fits within its surroundings. With annotated and georeferenced maps that can evaluate aspects such as size of parcel, radius of crane turning space, heights of surrounding buildings and ground features and existing electrical and wire networks, local government officials can accurately determine project feasibility.

Beyond the efficiency component of utilizing insights from aerial mapping, the technology can even play a public-facing role, as it did in Hobart. Residents could use the city’s GIS tool to view aerial imagery that the city identified as open data, allowing community members to increase their awareness and understanding of city initiatives—including a $1.25 million investment in green infrastructure targeted at reducing runoff pollution and improving local water quality.

As the country continues to expand and we continue to see urban sprawl in places like Ramsey County, state governments no longer have to rely on traditional process of planning and development. By leveraging insights from aerial imaging, city planners and managers can plan, monitor and develop projects in a smarter, faster way.