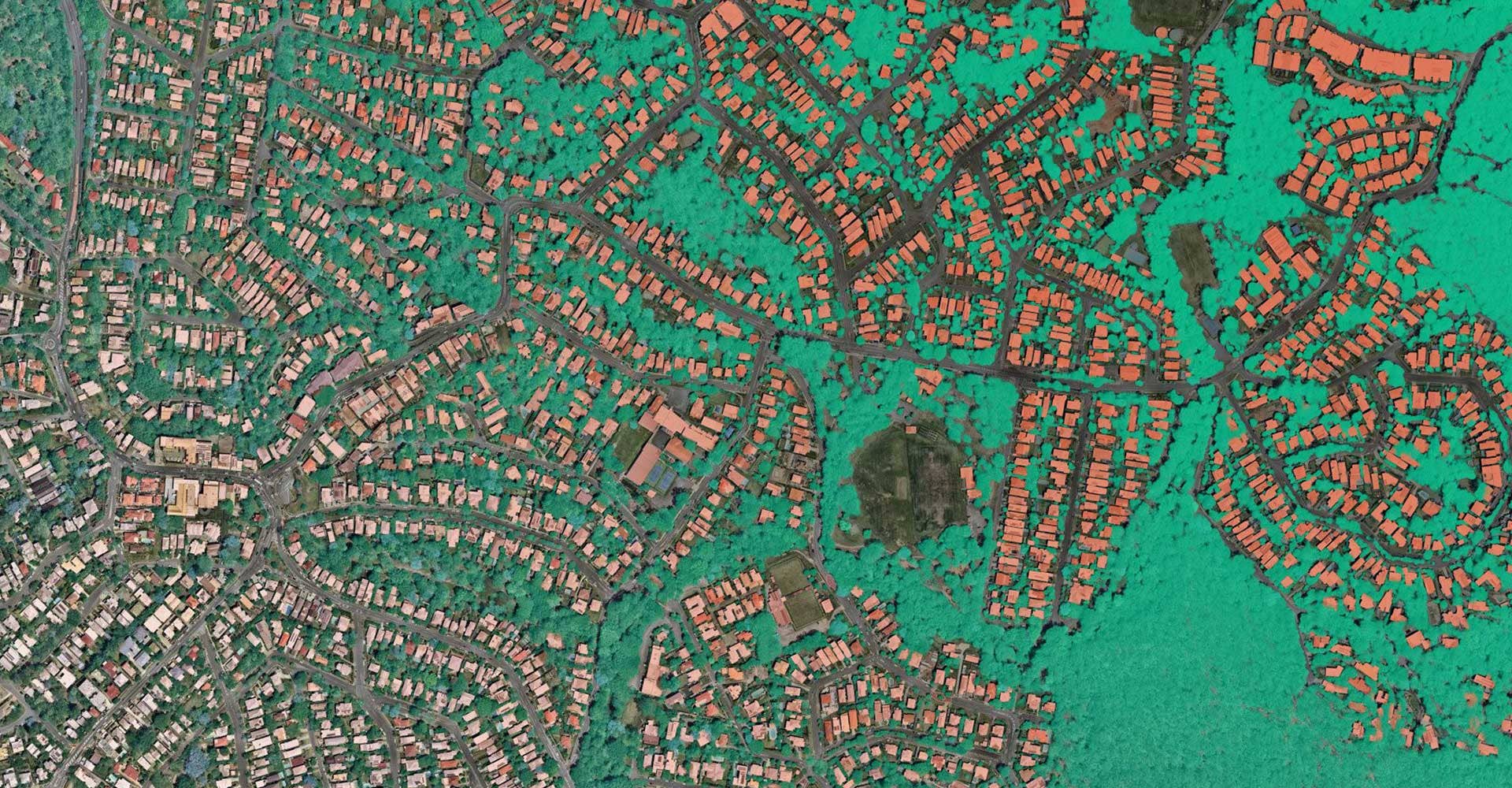 With residents becoming increasingly worried that urban heat islands are raising temperatures in Australia’s suburbs, the need for greener spaces to create more livable communities is more important than ever.

Leafy subtropical Brisbane led the field, boasting the greenest populated suburbs of any Australian capital city. More than 79% of people in Greater Brisbane enjoy life in suburbs with total tree cover greater than 20%.1

If you have experienced the natural beauty of Tasmania, you won’t be surprised to learn that Hobart came a close second with 71% of its residents living in areas sheltered by more than 20% tree coverage.

Next on the list, 66% of residents in Darwin’s tropical climate live in suburbs with more than 20% tree coverage, followed by the ACT at 58%, and even a respectable 44% in the sprawling urban mass of Greater Sydney.

In Greater Brisbane, the residential suburbs enjoying the greatest tree cover on their residential areas (excluding parks, schools etc) include Sheldon (66% tree cover), Mount Crosby (60%), and Burbank (55%). In Greater Sydney, Warimoo (62%), Annangrove (56%) and Church Point (53%) topped the list of the greenest residential suburbs, while in Greater Melbourne, Olinda (71%), North Warrandyte (64%) and Mount Macedon (60%) feature as some of the leafiest locales. For more details, see how green your city is below.

Dr Bryan Boruff, Environmental Geographer and Associate Professor in the University of Western Australia (UWA) School of Agriculture and Environment, who has also conducted research on vegetation and tree cover said: “Research shows the more greenery a residential area has, the better it is for the physical and mental health of the local community.”

For residents in areas with lower tree coverage, the impacts are clear. According to the RMIT Sustainability and Urban Planning program, removing tree canopy can lead to the creation of urban heat islands, and has been shown to make cities 4–10 degrees hotter than surrounding areas.

The NSW Government recently recognised this and is taking action for residents of NSW, with its Greener Neighbourhoods program committing $1.65 million to enhance tree canopy in Greater Sydney councils.

Increasing the number of trees in a local suburb might seem trivial. But the impact — in terms of health, liveability, and wellbeing — on local communities can be significant, and evolves over time.
Dr Bryan Boruff, Environmental Geographer and Associate Professor in the University of Western Australia (UWA) School of Agriculture and Environment

This unprecedented level of insight and intelligence is being applied with ease and simplicity across multiple sectors to shape our world. Around 90% of Australia’s top construction companies2 already rely on Nearmap technology and content, along with more than 250 government and insurance customers.

To find out how Nearmap AI can help create more livable communities request a demo.

Interested in learning more about Nearmap AI? Watch the keynote presentation and the Nearmap AI Workshop by Dr Michael Bewley at Nearmap NAVIG8 2021.

1 Nearmap does not warrant or accept any liability in relation to the accuracy, correctness or reliability of the data provided as part of the Nearmap Leafiest Suburbs analysis. The Nearmap Leafiest Suburbs analysis is based on Nearmap AI data, which detects trees approximately 2m or higher. The national aerial data was collected Oct 2020-March 2021. Results were aggregated at meshblock level using the 2021 Australian Bureau of Statistics definitions. Approximately 5,000 suburbs were included in the analysis, where Nearmap AI coverage exceeded 99%. The top suburbs are those with the greatest percent tree cover in each 2021 SA4 region, and where there is a minimum population of 1,000 residents (2016 census). For suburbs that span multiple LGAs, that suburb is assigned to the LGA that contains the highest proportion of that suburb’s area. City-based metrics analyse all Nearmap AI covered suburbs within the relevant ABS GCCSA region. For the capital city suburb breakdowns, we also refined the analysis to only include ‘residential’ mesh blocks. All percentage figures have been rounded to the closest whole number.