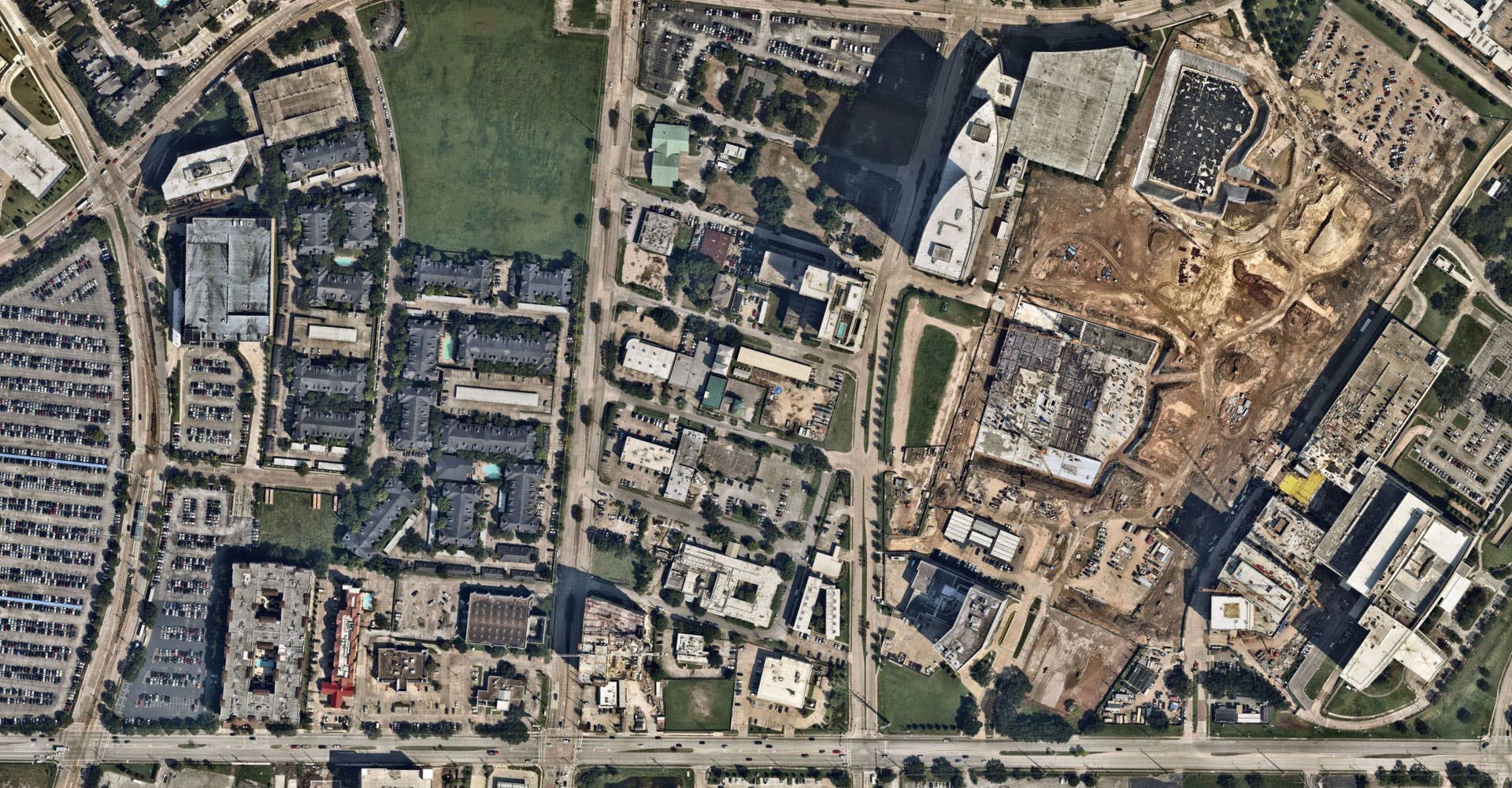 The Challenge: Find a cost-effective source of imagery that provides up-to-date and accurate information.

The Results: Using Nearmap imagery, The Permit Getters has been able to cut costs by as much as half by enhancing workflow and reducing the need for labor-intensive scouting tasks.

Imagine spending weeks drafting plans and securing permits to break ground on a new construction project–only to discover that an elementary school exists where an open road is supposed to be.

That’s what happened to Robert Howard and Gary Cruz, co-founders of The Permit Getters, in 2018. Based in Houston, The Permit Getters brings together field researchers, designers, mapping professionals and permitting specialists to help telecommunications clients secure the permits and plans they need for placing fiber optic cables and 5g poles. But given the boom in local development, they often find that imagery from traditional sources, like Google, simply don’t capture the newest roads, driveways and property improvements.

“A few years ago, we were working with a customer to lay cable along the edge of a road in Montgomery County. And even though the permitting agency had given us a permit, when we went to the site, we discovered that the road wasn’t even there and there was a school in its place,” said Howard. “That had a direct impact on our decision to go out there and look for some different sources of imagery.”

After talking to some friends in the business, they learned about Nearmap. And given their strong endorsement, they decided to try it out. “We gave it a test drive and found that the images are very clear and crisp,” said Howard. “It’s easy to decipher, easy to follow, and, most importantly, Nearmap has up-to-date aerial images.”

While other sources of aerial imagery might reflect information from just one annual flyover, Nearmap’s imagery is captured up to three times a year. And that makes all the difference, he added.

“That is so key in our businesses because we need to be able to give our customers and permitting entities accurate information on our drawings,” Howard said. Outdated information means wasted time, labor and money.

Since 2019, The Permit Getters has used Nearmap on nearly 500 projects and the savings continues to add up. The team estimates that Nearmap imagery enables them to cut project costs by as much as half by removing the need for labor-intensive tasks. Sending engineers and field researchers to visit a site in person ensures accuracy, but can delay a project and add personnel costs. Without Nearmap, they estimate that they’d face at least one or two days of delay time and spend roughly $600 more per day per engineer.

“Tasks like scouting are very labor intensive and require a lot of energy and personnel power,” said Howard. “Nearmap really helps take that away. It lets us be expeditious and deliver for our customers, with the security that our imagery is really, really accurate.”

Supporting every stage of development

The product’s ease of use means Nearmap now extends across their entire workflow, supporting customers at every stage of construction. “From conducting feasibility studies to drafting, it allows us to move quickly,” Howard said.

While few of The Permit Getters’ vendors and partners were initially familiar with the Nearmap platform, they were able to seamlessly integrate it into their processes.

For example, Howard said, they recently worked on a project in San Antonio, which is home to several historical churches. But most of the traditional mapping sources they rely on don’t reveal which sites are legally protected. With Nearmap, they were able to identify the historical sites and draft plans that avoided those locations.