A new solar farm near Epcot Center is causing quite a stir in the media, but this green energy project at the Happiest Place on Earth is 50 years in the making.

In the mid-1960's, when Walt Disney selected 25,000 acres of mostly uninhabited swampland and forest to build his second theme park, the area was so remote that the nearest power and water lines were 10 to 15 miles away. Furthermore, the property straddled 2 separate counties and neither of the counties had the services or resources needed to support a resort of that size. 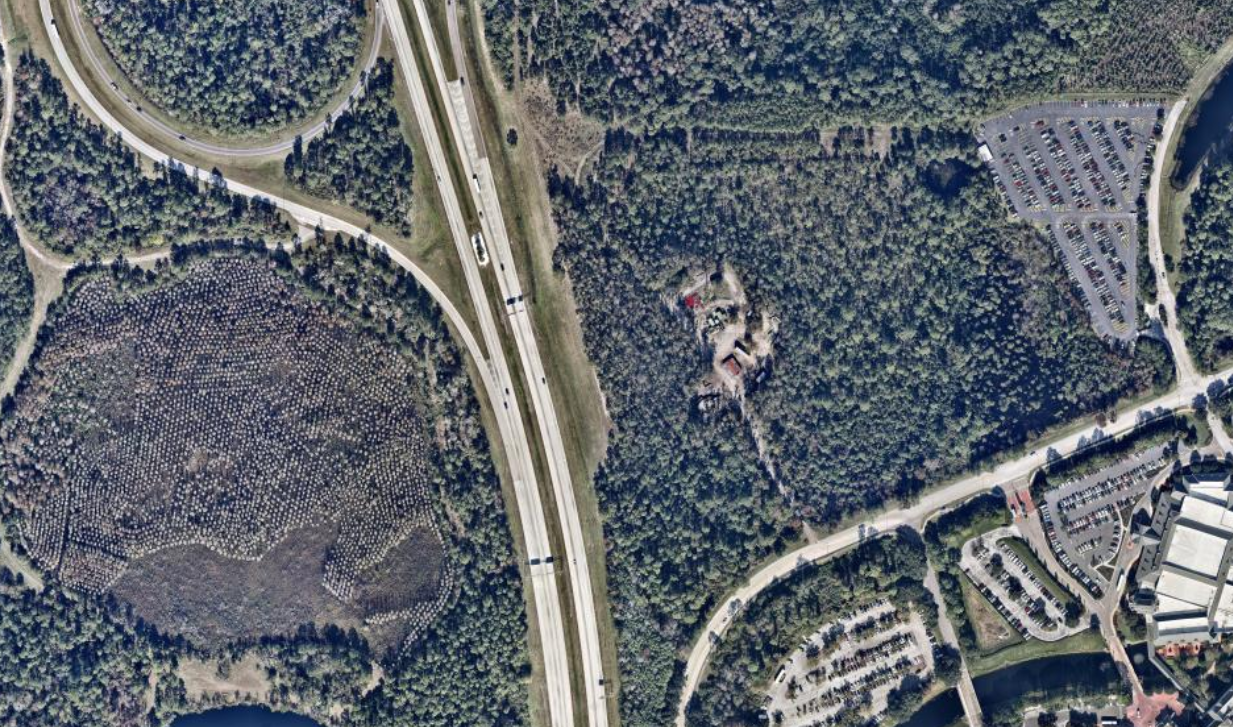 The solution proposed by the Florida State Legislature, working with the Walt Disney World Company, was to create a special tax district called the Reedy Creek Improvement District. This solution has been quoted as a prime example of how Local Governments can partner with private industry to solve problems that they can’t solve on their own. This new district would act with the same authority and responsibility as a county government. A county government with just one tenant that is, because the Walt Disney Corporation would be solely responsible for paying the cost of providing typical municipal services like power, water, roads, fire protection, etc.

The cherry on top that sealed the deal was that local taxpayers, meaning residents of Orange and Osceola County, would not have to pay for building or maintaining those services, making it a win-win for everyone. 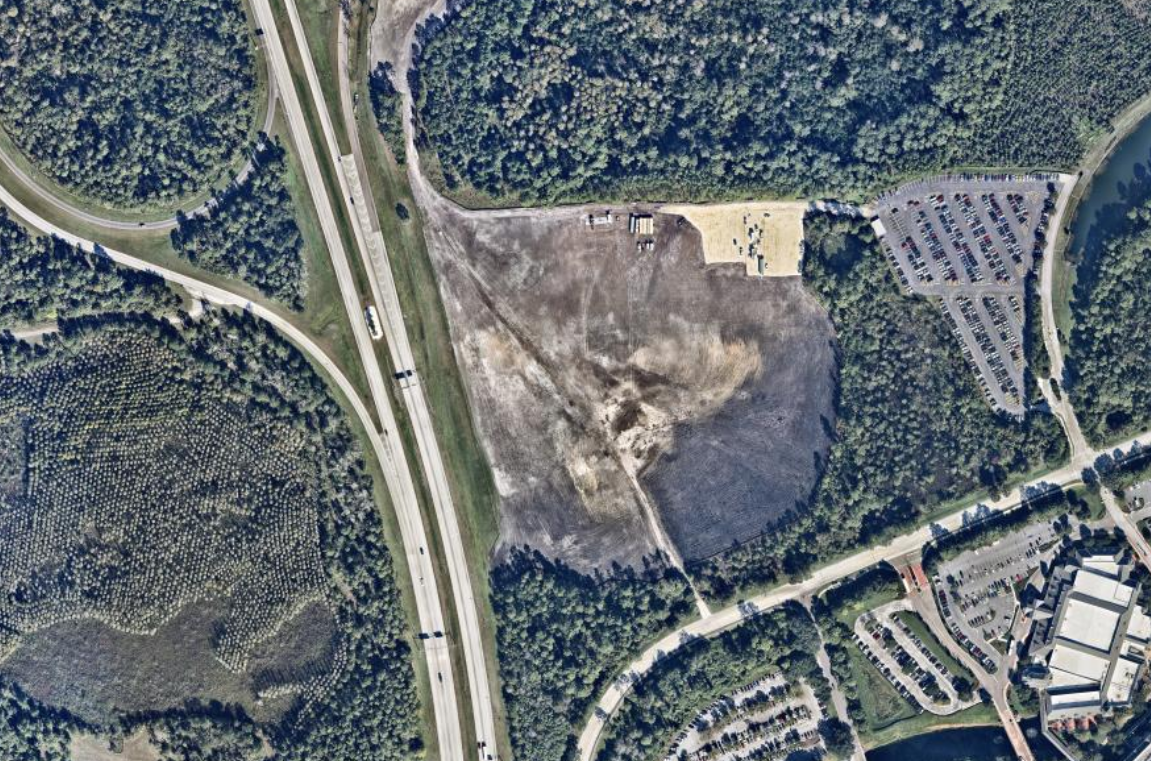 Nov 14, 2015. Site cleared. The loss of trees will be offset by the greenhouse emission savings provided by solar energy.

Fast forward to 2015. As part of Disney’s efforts to make its resorts more environmentally sustainable, a 5-megawatt solar facility project was announced. The solar plant was built by the Duke Energy Corp and it spans 20 acres and features 48,000 solar panels.

The Reedy Creek Improvement District accepted a fifteen-year power agreement with Duke Energy. Under the agreement, Duke Energy will lease the land from The Walt Disney Corporation and Disney will purchase the solar power from Duke. This is another example of private industries working with local government.

The five megawatts facility is the largest solar-power project at Disney World and caused quite a stir in the media when nearmap’s high-resolution aerial capture revealed its unusual shape. Unusual perhaps for a solar plant, but quite fitting for the "Happiest Place on Earth", who can now boast of having the "Happiest Solar Energy on Earth”. 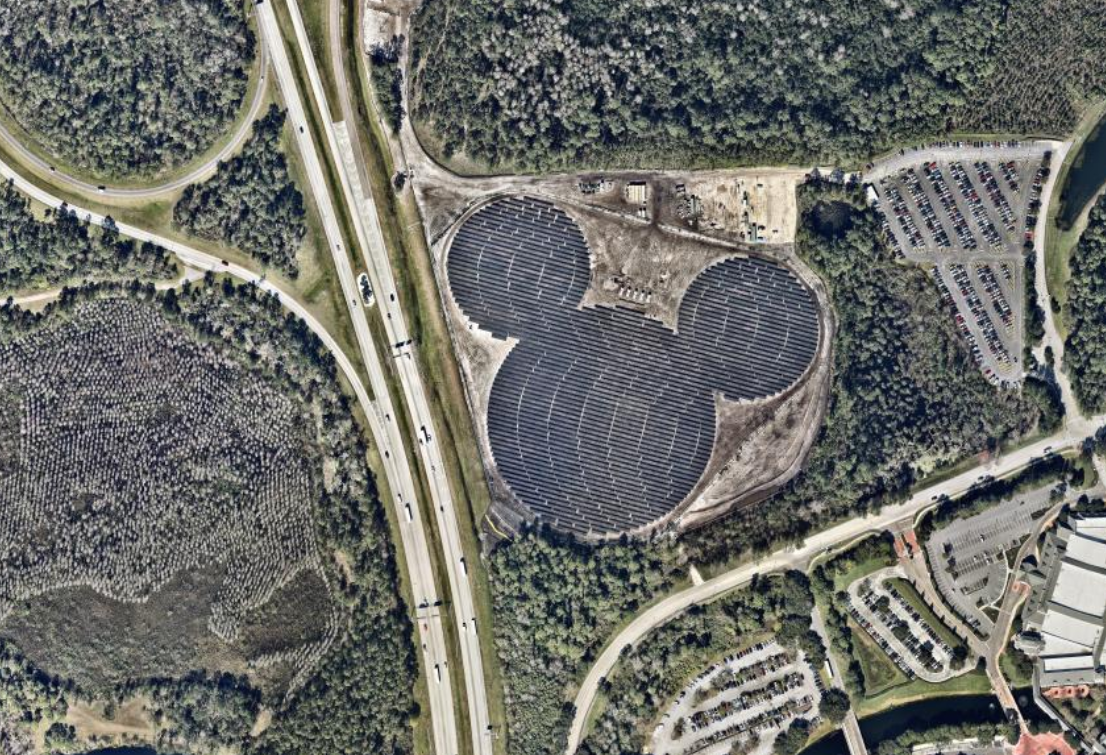 GIS professionals in local government, and in the solar and construction industries can now track this and other projects from beginning to end by using nearmap’s historical imagery tool. They can also measure worksites remotely with nearmap’s virtual site measuring tools, saving time and money in the process.

Projects like this demonstrate nearmap’s amazing versatility and usability for local governments, the solar and construction industries, and site planning in general.

We'll share screens so you can learn more about how high-res, up-to-date aerial imagery can help you assess and measure work sites easily and accurately — without leaving the office.

Submit your details here for an obligation-free demo tailored just for your business needs.

Thank you for reaching out. We’ll get back to your request shortly with an email or a call.