From Bushfire to Recovery 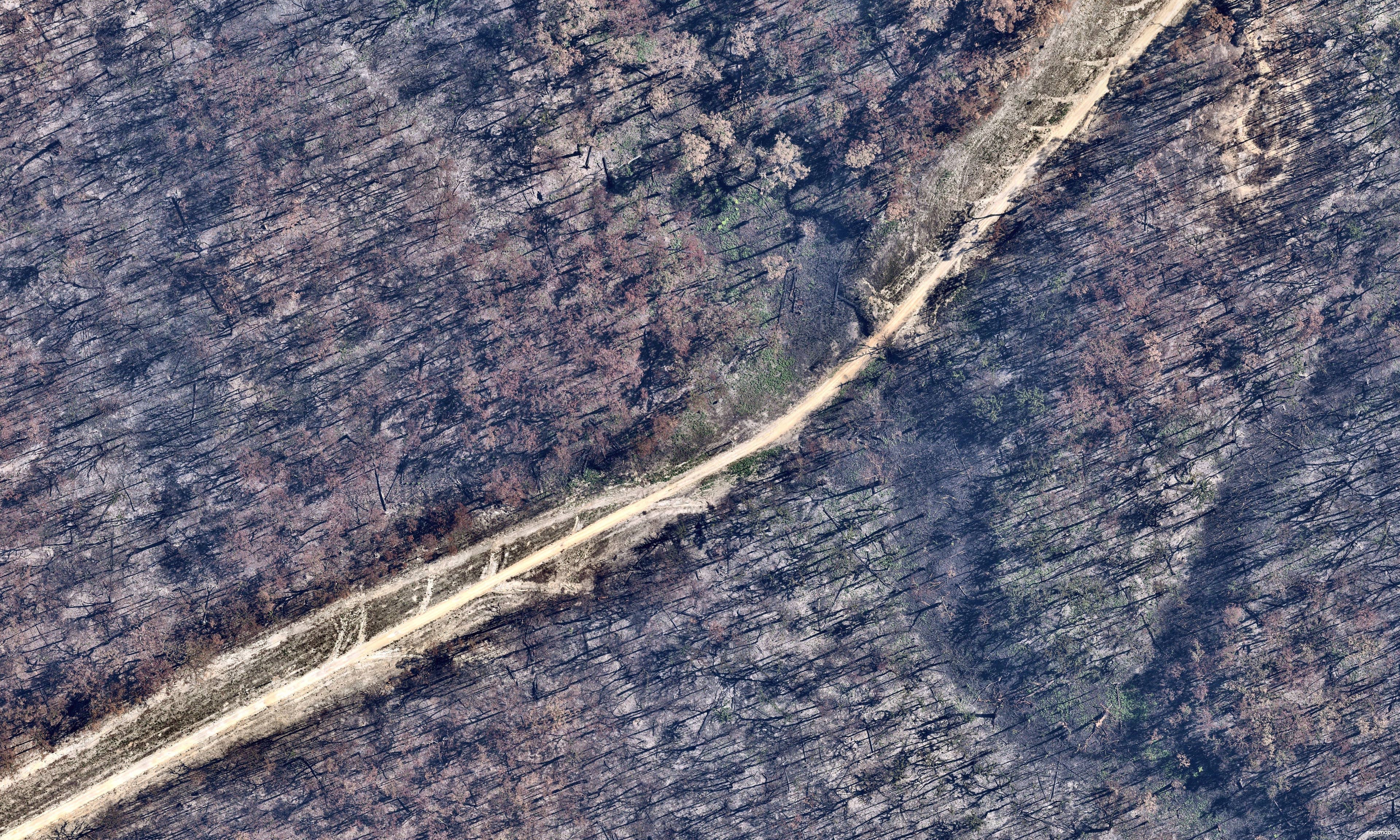 When the smoke has cleared enough to fly, M’Shenda Turner studies the resulting images.

As Head of ANZ Survey Operations for Nearmap, the post-catastrophe or ‘grey sky’ captures are part of the job. Years as a volunteer firefighter have, however, given her a poignant perspective, shared in this interview with Nicole Manktelow.

How would you describe your role here in Survey Operations?

I work out where and when we capture our aerial imagery to make sure we are up-to-date, and I look at the images themselves to make sure we’re capturing quality. It’s always dependant on visibility, weather conditions and flight approvals and everything changes constantly. There’s a lot we can’t control. It’s a bit like a game of chess.

Has fire-fighting changed the way you look at the landscape?

I was surprised at how heartbreaking this season has been for me, because I have seen so much bushfire over the years. But it’s thorough devestation this time, and through areas I know as well. It’s such a strong visual impact because it’s bare, it’s barren. There’s some areas where there is just absolutely nothing left.

How many fires have you fought?

How long have you been fighting fires?

I’ve been a firefighter for just over 11 years now, with the Rural Fire Service in Sydney’s Northern Beaches. It was always something that I wanted to do. I was living in Cremorne and that’s where they set me up, when I first called to sign-up.

I thought RFS was mostly for rural people, so I’m surprised that you joined whilst living so close to the city…

Both my parents are country folk who moved into the city, I grew up with holidays on cousins’ farms and the like, so I had that rural exposure. We were always out in the bush.

What prompted you to actually make the call and sign-up for the RFS?

At the time I worked at Macquarie Bank and it was during the GFC [global financial crisis] and it was extraordinary. It was very hard work and we went out every night. I decided I needed something else to do - just for one night a week even. Life couldn’t be all work and the drinks afterwards.  I joined for RFS and never looked back.

Do you take time off work to do it, or is it like being an army reservist?

I’ve taken some leave this season. At the beginning I was working from home which allowed me to be on call and as the season really ramped up I was getting called in during some stage of the day, sometimes 3pm or even 5pm.

Is it frightening to be out fighting fires at night?

It is actually spectacular. I don’t find it as frightening because you can actually see more clearly and it’s not as hot.

What kind of people do you meet?

That’s one of the addictive things about the RFS - it’s literally from all walks of life. Some people who are retired or no longer work, office workers, tradies, emergency services… It’s a fascinating part of it. There’s camaraderie, a sense of shared purpose, experience and community. Volunteering in itself is surprisingly fulfilling. It’s adventure as well - when sitting in the office, my biggest adventure is Earl Grey tea or peppermint!

Do you think your role at Nearmap would have the same meaning if you weren’t a ‘firey’?

I don’t think I would be able to do what I have done for the last four months, which is following the damage, figuring out where we might want to capture.

I have been through areas like that, that have been wiped out, I know how devastating it actually is. That’s one of the most helpless feelings you will ever experience. It’s that sense of “we’re too late”. It’s also when you see any animals that did survive they are burned or injured or you see residents coming back to face it - see the fields - see their farms destroyed.

Seeing it all through the imagery we have taken, it hit home with every single survey that we’ve done. I’ve probably taken it a lot more personally. I’ve pushed for extra square kilometres to capture, because I know how useful it will be for charities, for recovery. I’ve seen it before. This imagery it will be very useful, and a very good way for Nearmap to contribute to the effort.

What good, if any, might come out of this season?

If nothing else, it has started conversations amongst a much broader base of people in regards to climate care.

What are the images you will remember most?

It’s a mixture. Anyone who has ever driven through the main street of Mogo will know, looking at the aftermath is emotional. It’s just gone. There’s Port Macquarie, where all the koalas were - you’re not human if that doesn’t upset you. And Mallacoota. One of the latest captures we did in Mallacoota was after all that rain that went through Victoria, so there are some very small patches of some green coming back on the ground.

I imagine it’s very vivid, that green against black?

Oh yeah, that’s the first time I’ve seen colour in about four months with all the things I have been looking at. I got a happy tear out of that actually.

BEHIND THE PICTURE: INSIDE THE NEARMAP CAPTURE PROGRAM

Current, clear imagery delivered on a schedule doesn't come without its fair share of challenges. Learn how M'Shenda and her team deals with cloudy days, rule-bound ATC controllers, and squeamish secret service agents — and then how we pull all those pixels together to deliver a seamless aerial map of your world.

Learn more about how high-res, up-to-date aerial imagery can help you assess and measure work sites easily and accurately — without leaving the office.

Share your details here for an obligation-free quote tailored just for your business needs.

Thank you for reaching out. We’ll get back to your request shortly, with an email or a call.

In the meantime, check out these helpful resources.